Reflection on the nature of risk remains at the core of anthropological thought.

After Ulrich Beck’s publication of Risikogesellschaft (1986), the notion of risk became a focal point for sociological reflection.Since then, however, two events have taken place that invite us to rethink the very notion of risk and its impact on individuals and society: the terrorist attacks of September 11, 2001 and the ongoing financial crisis that began in late 2008. 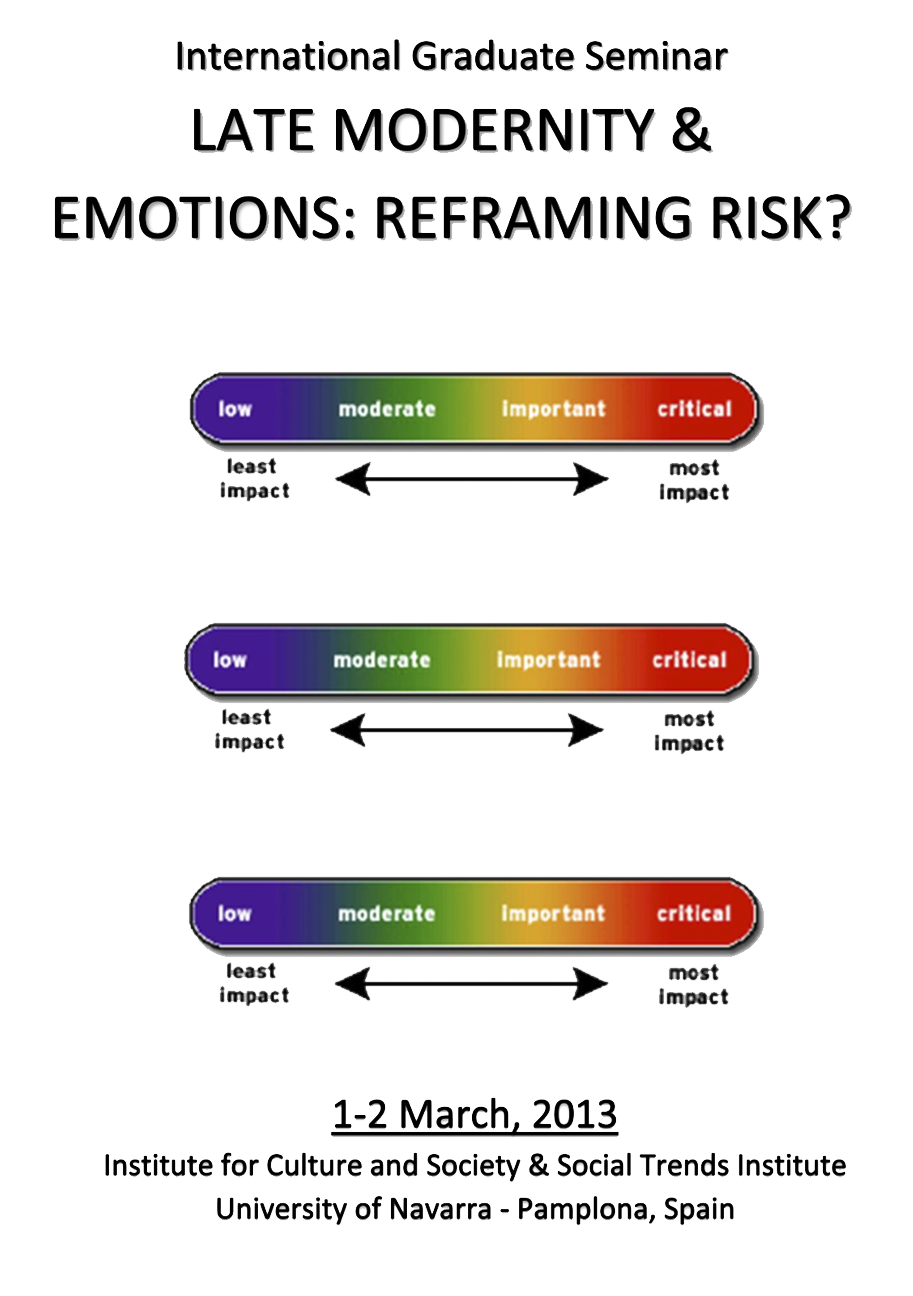 Reflection on the nature of risk remains at the core of anthropological thought. At the same time, the fact that contemporary men and women are willing to take some risks in certain spheres of their lives, while demanding safeguards and protection in others, can be read as a sign of the complexity of our culture. This seminar aimed to reflect upon the notion of risk to get a richer understanding of the way we approach risks linked to extraordinary emergency situations and finance.

This international graduate seminar was designed with an interdisciplinary approach so as to offer something to a wide array of people to help them deepen their understanding of the multifaceted issues herein.

The seminar was sponsored by STI along with the University of Navarra's Institute for Culture and Society, who organized and hosted the event.

Gabe Mythen - University of Liverpool
The Sociology of Risk: How Are We Implicated?

Iain Wilkinson - University of Kent
Anxiety and Risk: When Risk Takes Over