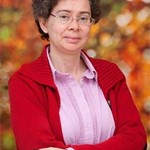 Ana Marta González is Professor of Moral Philosophy at the University of Navarra in Pamplona, Spain. She has led several research projects, exploring intersections between moral philosophy and social sciences. Previously serving as its director, she is currently a principal researcher in the Emotional Culture and Identity project at the University of Navarra’s Institute for Culture and Society.  She holds a post as academician at the Pontifical Academy of the Social Sciences (PASS). Professor González serves as Academic Leader of STI's Culture and Lifestyles branch.

She was a Fulbright Scholar at Harvard in 2002-2003 where she worked with Christine Korsgaard on the relationship between nature, culture, and morality in Kant’s practical philosophy. She earned her PhD from the University of Navarra.

View her Researcher ID for a complete list of her publications.