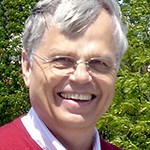 Arland Thornton is Professor of Sociology at the University of Michigan, where he is also a Research Professor at the Population Studies Center and Survey Research Center. He is a social demographer who has served as president of the Population Association of America and currently holds a MERIT award from the National Institutes of Health. For much of his career, Thornton has focused on the study of family and demographic issues, with a particular emphasis on marriage, cohabitation, divorce, childbearing, intergenerational relations, and gender roles. He has received four awards for his books as well as a distinguished career award from the American Sociological Association. During the past decade Thornton has devoted considerable time and energy studying developmental idealism and its influence in many areas of the world. His 2001 presidential address to the Population Association of America focused on this topic, as does his award-winning book entitled Reading History Sideways: the Fallacy and Enduring Impact of the Developmental Paradigm on Family Life. Of particular importance for Thornton’s current work are the ways in which values, beliefs, and people have been and are being distributed around the world. His work (in collaboration with others) has involved conceptualization, measurement, and analysis of data from several countries, including Albania, Argentina, Bulgaria, China, Egypt, Iran, Iraq, Lebanon, Malawi, Nepal, Saudi Arabia, Taiwan, the U.S., and Vietnam.