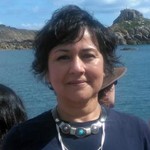 Dr Kaul is founding co-editor of the international book series, Palgrave Studies in the History of the Media (Palgrave Macmillan) and sits on the editorial board of the journals Media History (Routledge) and Twentieth Century British History (OUP). She is also co-chair of the History section of the International Association of Media and Communication Research (IAMCR).

Her monograph titled, Reporting the Raj, the British Press and India (Studies in Imperialism Series, MUP 2003), is the first detailed study on the subject. She has also edited Media and the British Empire (Palgrave 2006 and 2013), Explorations in Modern Indian History and the Media (Routledge, 2009), and co-edited International Circuits of News (Hampton Press, 2011).

She is currently finalizing a monograph on Communications, Media and the Raj: Britain and India in the Twentieth century (Palgrave Macmillan, 2014). From October 2013, Dr Kaul will be Visiting Research Fellow at the University of Heidelberg, Germany.

Read the abstract of the paper Dr. Kaul presented for STI's What Society Needs from Media in the Age of Digital Communication meeting.