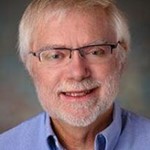 He is currently involved in three projects: Exploring the patterns of inter-generational exchanges of support in American families; the role of values - especially religious values - in the family formation processes of young adults; and the implications of fatherhood for men.

Current work on inter-generational ties in American families involves examining the interconnections between psychological processes and patterns of support across three generations of families.  His work on family formation behavior among young adults has focused on the role of religious beliefs and behavior in adolescence on the subsequent likelihood and timing of marriage and cohabitation. Finally, the work on consequences of fatherhood on men has most recently focused on the cumulative effects of fatherhood for men’s social connections at middle age.

Professor Eggebeen received his PhD in sociology from the University of North Carolina-Chapel Hill.

Read the abstract of the paper Professor Eggebeen presented for STI's Whither the Child? experts meeting.

Read "The Indespensable Dad", a Mercatornet interview with the professor.