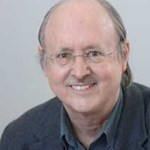 Douglas Kellner is George Kneller Chair in the Philosophy of Education at UCLA and is author of many books on social theory, politics, history, and culture, including Camera Politica: The Politics and Ideology of Contemporary Hollywood Film, co-authored with Michael Ryan and An Emile de Antonio Reader co-edited with Dan Streible. Other works include Critical Theory, Marxism, and Modernity; Jean Baudrillard: From Marxism to Postmodernism and Beyond; works in cultural studies such as Media Culture and Media Spectacle; a trilogy of books on postmodern theory with Steve Best; and a trilogy of books on the media and the Bush administration, encompassing Grand Theft 2000, From 9/11 to Terror War, and Media Spectacle and the Crisis of Democracy.

Author of Herbert Marcuse and the Crisis of Marxism, Kellner is editing collected papers of Herbert Marcuse, five volumes of which have appeared with Routledge. Kellner’s Guys and Guns Amok:Domestic Terrorism and School Shootings from the Oklahoma City Bombings to the Virginia Tech Massacre won the 2008 AESA award as the best book of the year. In 2010, Kellner published with Blackwell Cinema Wars: Hollywood Film and Politics in the Bush/Cheney Era and has a just published book Media Spectacle and Insurrection, 2011: From the Arab Uprisings to Occupy Everywhere!

Read the abstract of the paper Professor Keller presented for STI's What Society Needs from Media in the Age of Digital Communication meeting.