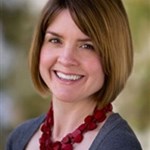 Elizabeth Marquardt is Vice President for Family Studies and Director of the Center for Marriage and Families at the Institute for American Values in New York City. She is the author of Between Two Worlds: The Inner Lives of Children of Divorce (Crown, 2005 and Three Rivers Press, 2006).  Ms. Marquardt is co-principal investigator of a national study, “Hooking Up, Hanging Out, and Hoping for Mr. Right: College Women on Dating and Mating Today.”

Her study, My Daddy’s Name is Donor, based on a new, randomly-drawn sample of the adult offspring of sperm donors is available in several languages.  Her writings have been published in the New York Times, the Washington Post, Los Angeles Times, Reader’s Digest, and elsewhere.

Marquardt holds a Master’s in Divinity and an M.A. in international relations from the University of Chicago, and a B.A. in history and women’s studies from Wake Forest University.

Read the abstract of the paper Ms. Marquardt presented for STI's Whither the Child? experts meeting.

Read the Mercatornet interview with Ms. Marquardt, "Who Did I Come From? The Children of Donor Dads Grow Up."

Download the My Daddy's Name is Donor report at Family Scholars.

Read an op-ed column by Ms. Marquardt in the New York Times, "When 3 Really is a Crowd."

Ms. Marquardt was interviewed in Barcelona's La Vanguardia newspaper during the conference (in Spanish).