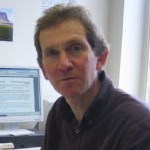 Jan Aart Scholte is Professor in PAIS and Director of the Center for the Study of Globalization and Regionalization (CSGR) at the University of Warwick. He also holds a part-time appointment as Centennial Professor at the London School of Economics. Before coming to Warwick in 1999, he worked at the University of Sussex, Brighton and the Institute of Social Studies, The Hague. Professor Scholte has also held visiting positions at Cornell University, the London School of Economics, the International Monetary Fund, the Moscow State University and Gothenburg University.

Professor Scholte’s current research focuses on questions of governing a more global world, with particular emphasis on democracy in this context. In 2008-11 he is coordinating a major international project on 'Building Global Democracy', with a large grant from the Ford Foundation, together with co-conveners in Africa, Asia, Eastern Europe, Latin America and the Middle East. The project will generate half a dozen volumes on subjects such as civic education for global democracy, including the excluded in global policymaking, and intercultural constructions of legitimate global governance.