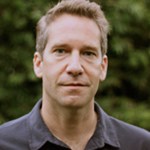 Kal Raustiala is professor at UCLA School of Law and the UCLA International Institute, where he teaches in the Program on Global Studies. Since 2007 he has served as director of the UCLA Ronald W. Burkle Center for International Relations. The Burkle Center is UCLA’s primary academic unit for interdisciplinary research on international affairs. From 2012-2015 he served as UCLA’s Associate Vice Provost for International Studies. A graduate of Duke University, Professor Raustiala holds a J.D. from Harvard Law School and Ph.D. in political science from the University of California, San Diego. In 2016 he was elected Vice President of the American Society of International Law.

Professor Raustiala’s research focuses on international law, international relations, and intellectual property. His recent publications include “Governing the Internet,” American Journal of International Law (2016); “Fake It Till You Make It: The Good News About China’s Knockoff Economy,” Foreign Affairs, (July/August 2013); “NGOs in International Treaty-Making,” in The Oxford Guide to Treaties (2012); and Does the Constitution Follow the Flag? The Evolution of Territoriality in American Law, (Oxford, 2009). His most recent book, The Knockoff Economy: How Imitation Sparks Innovation (Oxford, 2012), written with Christopher Sprigman of NYU Law School, has been translated into Chinese, Korean, and Japanese.

Professor Raustiala has been a visiting professor at Harvard Law School, Columbia Law School, Princeton University, the University of Chicago Law School, Melbourne University in Australia, and Hebrew University in Jerusalem. In 2016, he was the Yong Shook Lin Visiting Professor of Intellectual Property at the National University of Singapore. Prior to coming to UCLA he was a research fellow in the Foreign Policy Studies Program at the Brookings Institution, a Peccei Scholar at the International Institute for Applied Systems, and an assistant professor of politics at Brandeis University. A life member of the Council on Foreign Relations, Professor Raustiala has served on the editorial boards of International Organization and the American Journal of International Law and is a frequent media contributor whose writing has been featured in the New York Times, the Wall Street Journal, the Financial Times, the New Republic, the New Yorker, Wired, the International Herald Tribune and Le Monde.