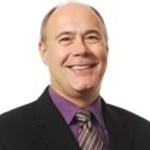 Keith Krause is Professor at the Graduate Institute of International and Development Studies in Geneva, Switzerland, Director of its Centre on Conflict, Development and Peacebuilding (CCDP), and Programme Director of the Small Arms Survey, an internationally-recognised research centre NGO he founded in 2001.

The Small Arms Survey has produces annual volumes on issues of small arms proliferation, stockpiles, transfers, misuse and effects, as well as numerous field-based and issue-based studies. It serves as the main source of information and analysis for international public policy on small arms issues.

Professor Krause’s research interests also include concepts of security, the changing character of contemporary armed violence, and multilateral security cooperation. He has published Arms and the State (Cambridge) and edited or co-edited Critical Security Studies (Minnesota), and Culture and Security, and authored many journal articles and book chapters. Professor Krause is Canadian, and received his MPhil and DPhil from Balliol College, Oxford, where he was a Rhodes Scholar.

He has been a consultant for various international agencies and governments, comments frequently on international issues for the local and international media, and speaks regularly at scholarly and policy meetings and conferences.