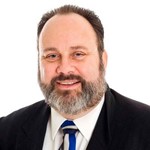 Robert G. Picard is Senior Research Fellow at the Reuters Institute in the Department of Politics and International Relations at the University of Oxford, where he was Director of Research before becoming an emeritus professor.  He is also a research fellow of the Royal Society of Arts. A specialist in media economics and policy, he is the author and editor of 32 books, including Value Creation and the Future of News Organizations, The Economics and Financing of Media Companies, Media Clusters: Spatial Agglomeration and Content Capabilities, The Internet and the Mass Media, and Media Firms: Structure, Operations, and Performance. He has been editor of the Journal of Media Business Studies and The Journal of Media Economics.

Picard received his Ph.D. from the University of Missouri, Columbia, and has been a fellow at the Shorenstein Center at the John F. Kennedy School of Government at Harvard University. He has consulted and carried out assignments for governments in North America, Europe, Africa, and Asia and for international organizations including the European Commission, UNESCO, and the World Intellectual Property Organization. He has been a consultant for leading media companies in North America, Europe, Asia, Africa, and Latin America. He is listed in Who’s Who in the World, Who’s Who in America, International Authors and Writers Who’s Who, and Contemporary Authors.