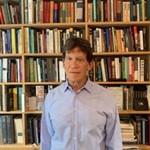 Some of Professor Lash's books include Critique of Information (2002), Global Culture Industry (2007), Intensive Culture (2010), China Constructing Capitalism: Economic Life and Urban Change (2014, co-authored with M. Keith, J. Arnoldi and T. Rooker) and Experience: New Foundations dor the Human Sciences (2018). His books have been translated into 15 languages. Lash has directed a series of large-scale research projects on technological media from 1996 to present. He is also a Project Leader in the Goldsmiths Media Research Program. His research interests include social and cultural theory, information society, multimedia and urban studies.

Lash received a BS in Psychology from the University of Michigan, an MA in Sociology from Northwestern University, and a PhD from the London School of Economics (1980).